The Quest to Qualify by IM Altounian

It is very exciting to once again earn a right to play at the US Championship, the most important event of the year. Playing the 2002 US Championship was one of my most memorable chess experiences. Starting from the dress code to opening preparations for each round- all of it is still embedded in my memory. It seemed that the spirit of World Champion Bobby Fischer was there, fighting to make chess a profession and ensuring the best sponsorship and conditions to make this all possible. So how do you make something good even better? Apparently, by combining efforts of the USCF with the truly unique and amazing Chess Club and Scholastic Center of Saint Louis, founded by Rex Sinquefield.

For these and many other reasons I was highly motivated to try hard to qualify for one of the few available seats for the upcoming 2010 US Championship. As the State Champion for Arizona, I was given a chance to secure a spot by first qualifying and then winning the State Champions of Champions tournament held on-line on ICC (chessclub.com). Needless to say, this was not an easy feat as the strong field included a couple of GMs and many titled players.

The preliminaries for the Western Division went without too much drama (unpleasant piece loss to IM Sam Shankland and few quick draws) and I secured a spot into the semi-finals. My secret? The new $25 Microsoft Nano mouse!

However, playing Sam in the Semi-finals was going to be a very hard task. Not only did he improve significantly in the recent years, but he is also very fast and generally very precise. He was the only person I lost to in the Preliminaries. To help prepare for the match I enlisted the help of GM Alejandro Ramirez, who combined general cheerfulness with opening preparation. We were sure that when I had White, we’d get either a Sicilian or a Ruy Lopez. I did get a Ruy Lopez and without much thought played my usual system. Imagine my complete surprise when I read later that Sam had a mouse slip and he meant to play 1…e6 (French Defense, the “Armenian” Opening!) and not 1…e5, which he did play.

The game was a pretty standard Ruy Exchange until Sam opened the center a bit too early with an f-pawn advance. In a few moves, I was up a piece and the rest was more or less an issue of not making big mistakes while converting it to a win.

The second game was a weird Queen’s Gambit Exchange where I immediately screwed up the move order and ended up in a strange position that looked suspicious at best.

The ensuing complications led at first to about an even endgame (thankfully!), and then to a near winning position for me. While I was contemplating if I should win a piece or a pawn with only two minutes left for the game, Sam surprised me by resigning. Only about an hour later did I realize that I had a forced checkmate that I didn’t even consider under such pressure.

The Finals were set for April 11th and my opponent was Damir Studen. He really deserved to win the Eastern Division, despite having no official titles, as his blitz skills are truly superb. You would often see him with a minute left in the 3 0 matches while his opponents ran out of time in losing positions.

The first game as White against Damir was a sideline of the Catalan with hints of Stonewall set-ups. I was able to gain an edge and after a few more inaccuracies by Black I won the game.

The second game was more of a tug-of-war. Damir played it very well and had it not been for his must-win situation, it probably would have ended in a normal draw. However, as he had to push on, I got a winning edge but remembering what happened to him in the Semi-Finals, (his opponent run out of time in the crucial game because of bad internet lag) I decided not to press and offered a draw.

So, what can I expect from the US Championship? Tough and exciting games. For now, I am just very proud to be a part of this elite group of the very best. Even though the complete list is not published yet, it seems like I might be one of the only IMs there. That will give a good chance to aim for a Grandmaster norm. Let’s see what happens! 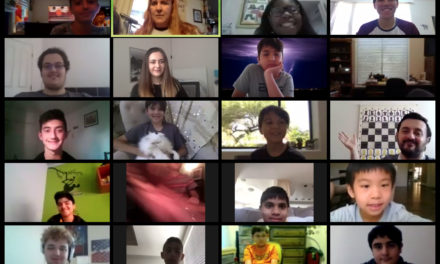