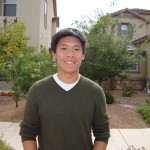 Viktor has always been an aggressive and dangerous chess player, which made him a very valuable player for the Foothills High School Chess Team in their quest for National Championship titles. He also coaches a basketball team, and his fearless desire to win on a basketball court also influences his decisions both as a chess player and a chess coach. Viktor loves attacking chess where each move can win or break the position. Of course, majoring in Education and Sociology at the University of Arizona certainly helps with his chess coaching as well. Victor has a unique advantage of communicating information well, which makes him a great coach for new chess players and their parents.