What a fun chess Camp! The costumes, masks and visual imagery was simply outstanding and it was extremely hard to pick the winner in each group for the best Costume. At the end we had to vote and see which one got the most nods.

The Chess part was wonderful also: students tested their skills in attacking and tactical puzzles and the costumes helped. A Superman was attacking the medieval Knight and the WonderWoman was pressuring the Pirate, while the Dart Vader was sacrificing a Queen against a Magician. Good job guys! 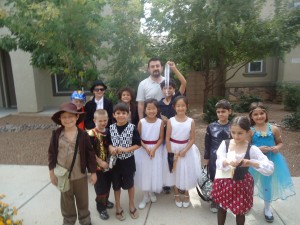 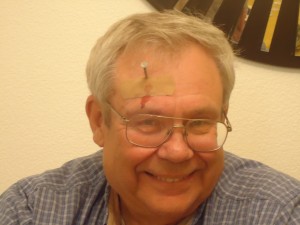 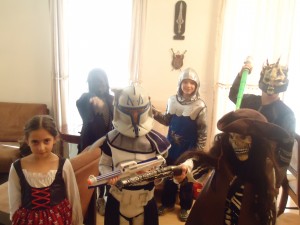