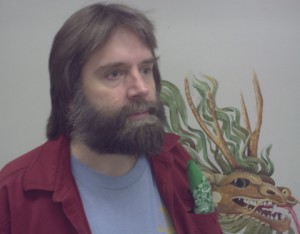 Ed is known for his charismatic personality and interest in chess on every level.  He was a Correspondence Chess Master with a rating of 2300 and is the publisher of the Yetman Brothers’ Descriptive Chess Magazine. He is also a tournament director, having organized many  FIDE and USCF tournaments over the last two decades. I am sure many older generation people had a chance to play in at least few of his organized events. Ed is also a college professor of Humanities, Philosophy and Religious Studies. As a chess coach his successes included leading the  Orange Grove Junior High to a State Championship title in 1982 and being a personal coach of William Knuttinen who got Bronze medal at 1988 High School Nationals.  His teaching style can be described style as Socratic, coupled with analogies and allegories. Creativity and love for Chess are the main attributes he hopes to pass on to his students during private and group lessons.